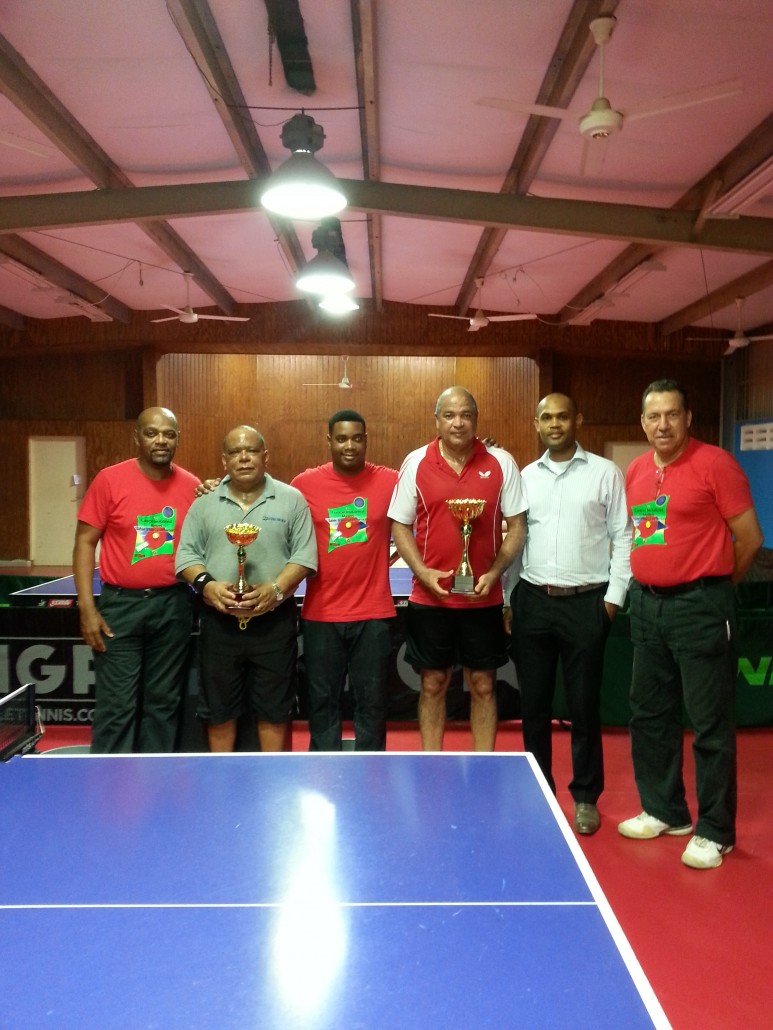 The celebration of Sentro di Bario Sta Maria continued on Thursday May 14th with the second ranked group players in action, the so called B-classed players.

It was great to see that in this class as well good table tennis can be played. 13 players did show up and participated in 3 groups. There were some tight games played in the preliminary round like Rouchel Hernandez against Dik Hendriks, Jacinto Zimmerman against Wilfred Daantje and Napi Boekhoudt against Sharlon Nisia.

The 4 players who passé to the semi final were: Rouchel Hernandez, Jacinto Zimmerman, Wilfred Daantje and Napi Boekhoudt. It should be mentioned that Rouchel in this semi final had to fight his way out against Jacinto winning by the small margin of 3-2 after falling behind 2-0. The other semi final game between Napi and Daantje finished in an easy way for Napi with the score of 3-0.

In the final Rouchel proofed to be the best among these participated B-classed players by outclassing Napi with the score of 3-1.

Jaysron Mathilda the champion among the top ranked players