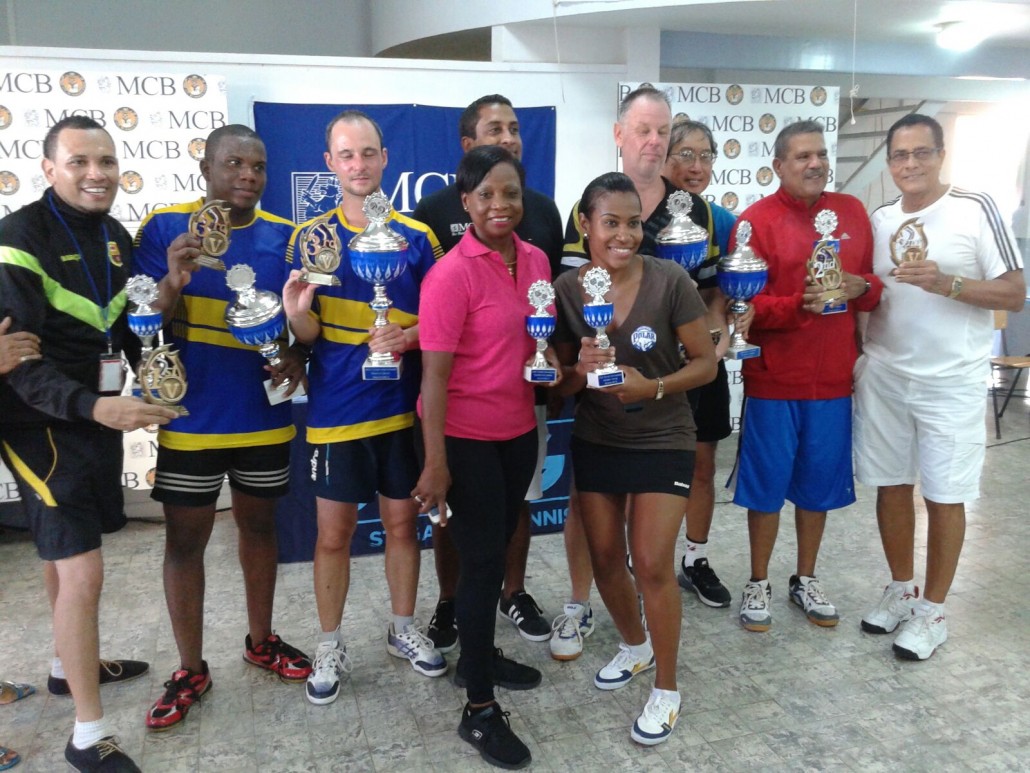 During the weekend (September 25-27) Bonaire Table Tennis Federation has hosted the International MCB Tournament with participation of around 15 players from Aruba, Curaçao and Holland. Curaçao alone came over with 10 players: 3 women, 2 seniors and 5 masters. A total of around 30 participants played in 4 categories: senior single, master single, women single and double.

Curaçao was well represented in the category of the women and the seniors. The finalists of the women were Dayanara Jean Pierre and Loretta Ursula won by Dayanara and by the seniors the final match was between Devon Meilink and Michael Dalnoot won by Devon.

In the other 2 categories Curaçao reached the semi finals, but it was Bonaire who won 3 of the 4 prices. Aruba won the sub title in the master single.