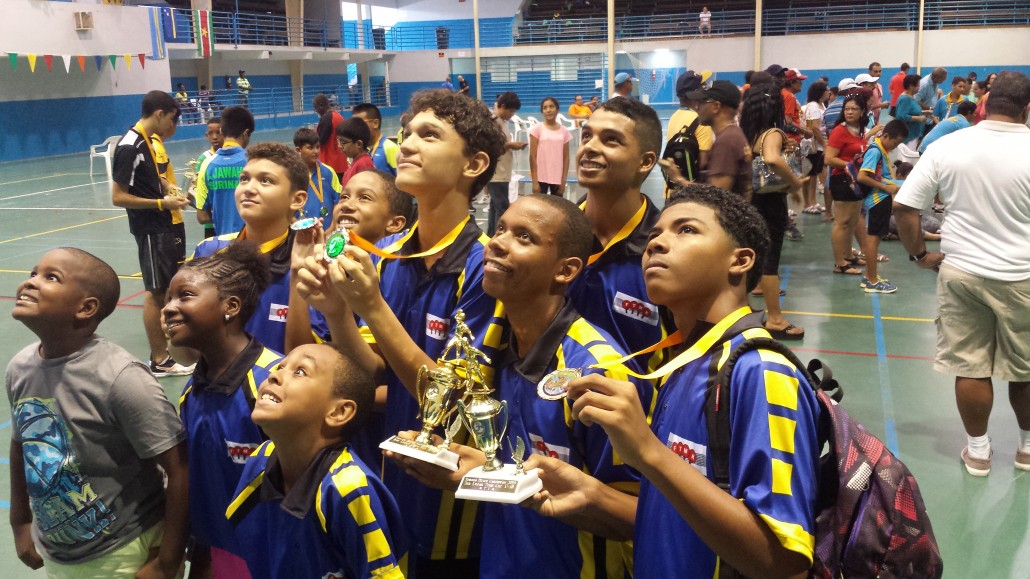 During the weekend 8-10 of October 2015 Aruba has hosted the 2nd edition of the DCT, after it was initiated by Curaçao last year during the celebration of the 30th anniversary of our foundation Sala Rekreo Irene Moreno. Curaçao was present with a delegation consisting of 9 youth players and 4 seniors.

Others countries present in this tournament were Suriname, Bonaire and the hosted country Aruba.

For this occasion Vasdev Bob Roopnarine was invited as referee, while 6 umpires from Curaçao cam over, who together have formed a tremendous team in helping the Arubian organization.

Both team events and open singles have been played in the categories U11, U13, U15, U18, Senior and Master.

Aruba was sovereign and won most of the titles both in the youth categories as in the senior and master.

Next year the DCT will take place in Suriname.