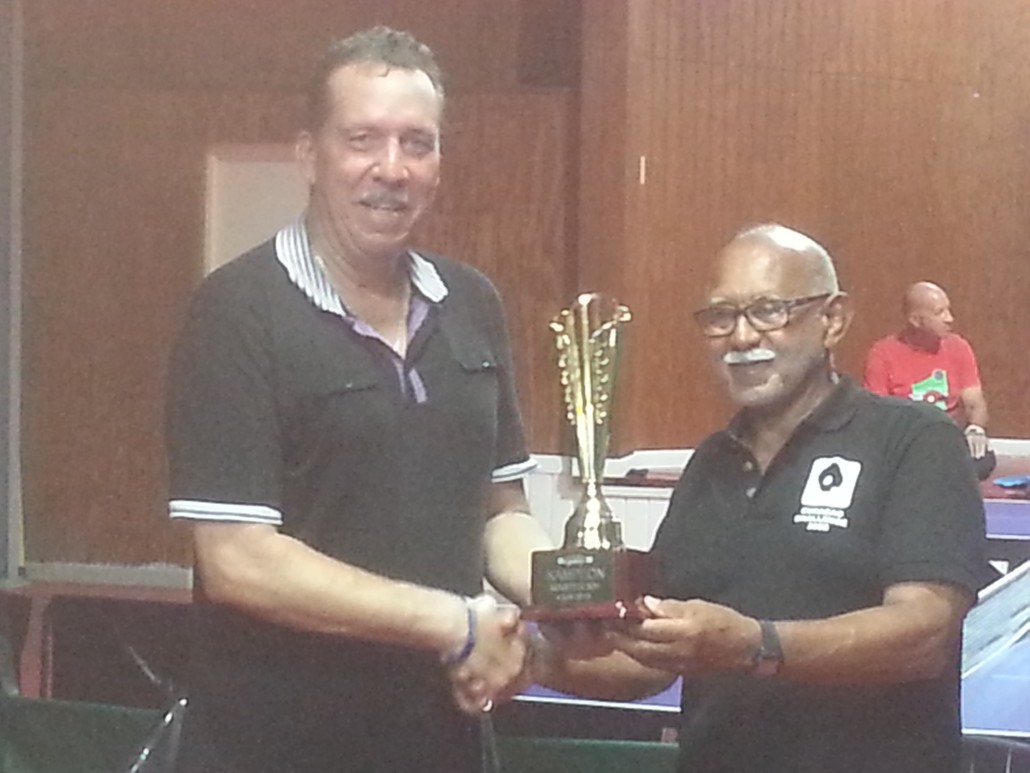 In the final match between Hensley Wentwoord and Raymond Begina these players gave a demonstration of two real old timers. In a very exciting game Hensley started very strong, taking a lead in sets of 2-0. Raymond fought back and tied the game in 2 sets. From there on it became a head to head race, whereby finally Hensley won by the small margin of 11-9.

The trophies were handed by Frank Mac Cleod, who has been for a very long time trainer and board member of the federation. Frank Mac Cleod was the leader of Tornado years ago as well and had been very significantly for table tennis on Curaçao.

Cyrella for the 2nd straight time the best among the women