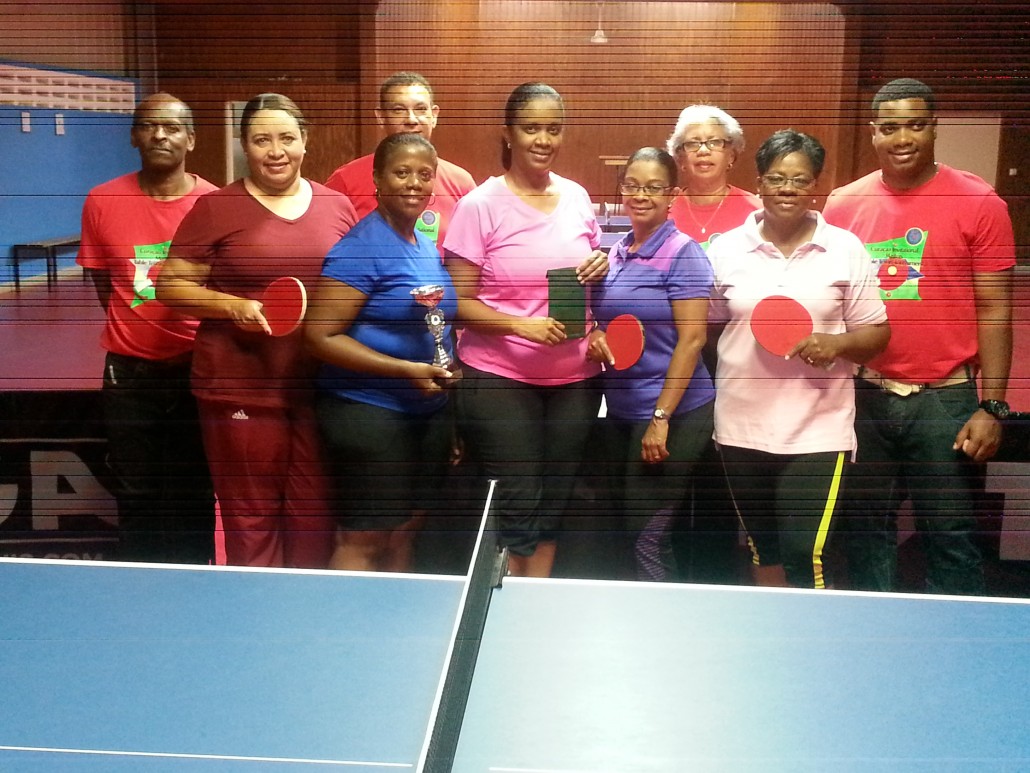 Wednesday, May 27th the traditionally event named Lulu Salas Cup was scheduled. It is a tournament for women individual and organized to honor Lulu Salas, who had collaborated and served our federation during a long time. Besides that she was a former champion in table tennis and had played in the fifties.

For the 2nd straight time this year Cyrella Rosalia was the best among the 5 participants and convincingly won the final by defeating Daniella Genaro 3-0 with the scores of 11-7 / 11-3 / 11-9.

Henny won the final of Master 40+