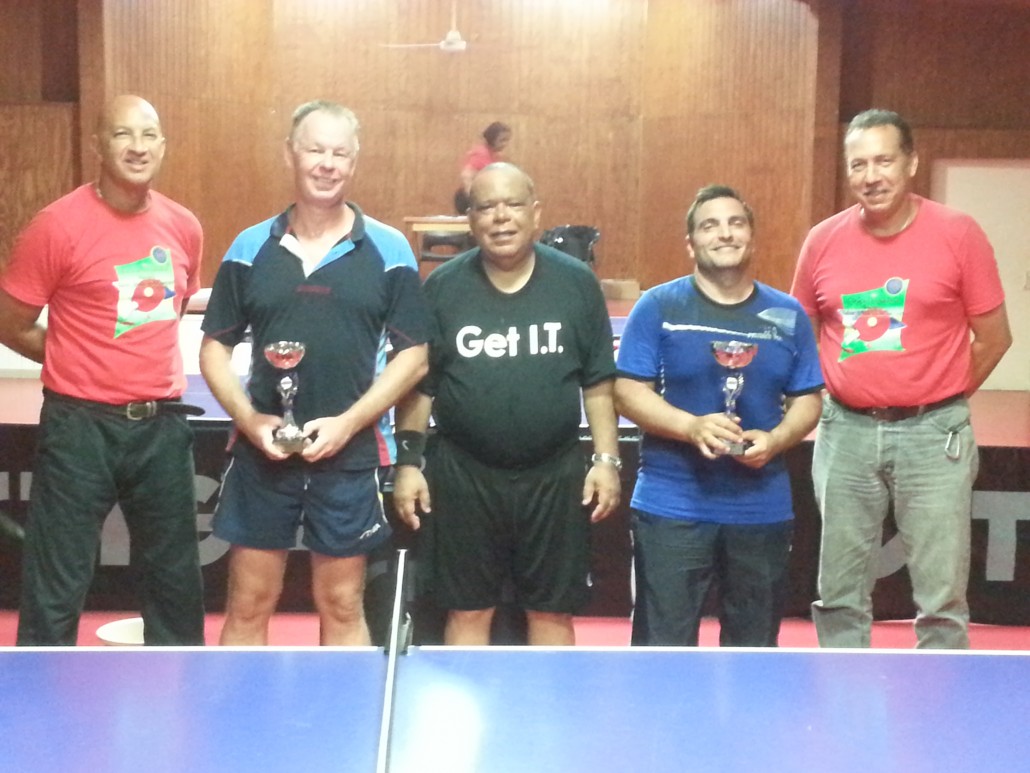 On Thursday May 21st , the Master 40+ was scheduled and 13 players did register, included Erik van Veenendaal, the number one player of Bonaire. Due to the amount of players it was opted to play in 3 groups headed by the 3 best payers: Henny Metry, Erik van Veenendaal and Ronaldi Vos. In the preliminary round these headers went through without any problem. Although should be mentioned that Henny was almost surprised by Erwin Sophia who finally lost the game 3-2.

In the semi final the 4th player had to be determined by the match between Rouchel Hernandez and Napi Boekhoudt. Napi took revenge of his last defeat in the final against Rouchel in the B-class. However in the semi final Napi had no chance at all against Henny and Erik won also easily of Ronaldi, both games ended with the score of 3-0.