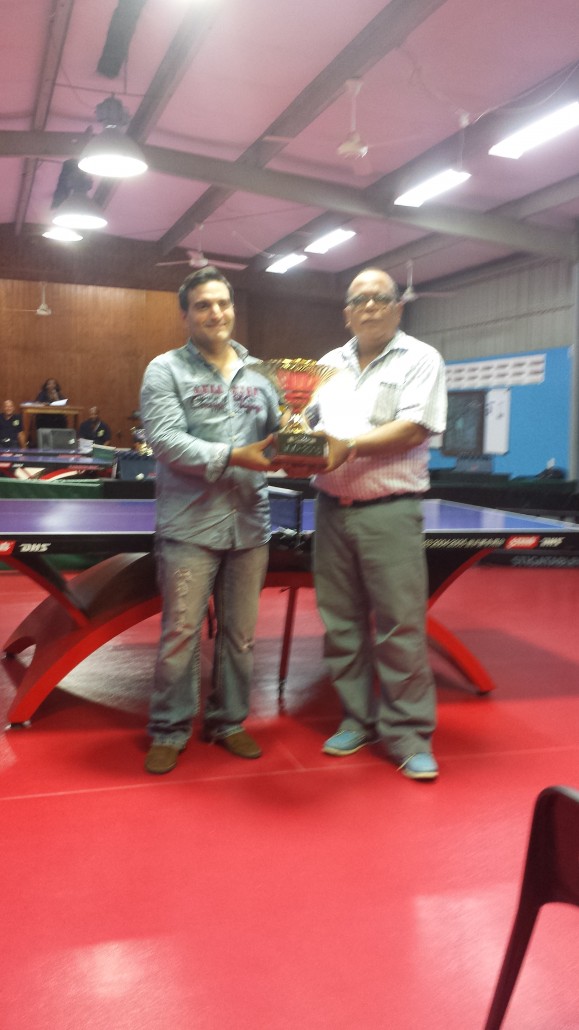 The Curacao Table Tennis Federation (FTMK) has proclaimed Henny Metry as her Player of the Year 2015. His nomination was based on and determined by the ranking system of the FTMK. He was the most consistent in collecting ranking points during 2015. As you may know the 2015 event calendar of FTMK has an amount of tournaments valid for the ranking. This ranking is a regulated system, whereby besides achieving with good results in abovementioned tournaments you may win points by challenging each others as well.

A good amount of 33 players did collect at least one ranking points and whereby the following players had finished the year 2015 ranked in the top 3: