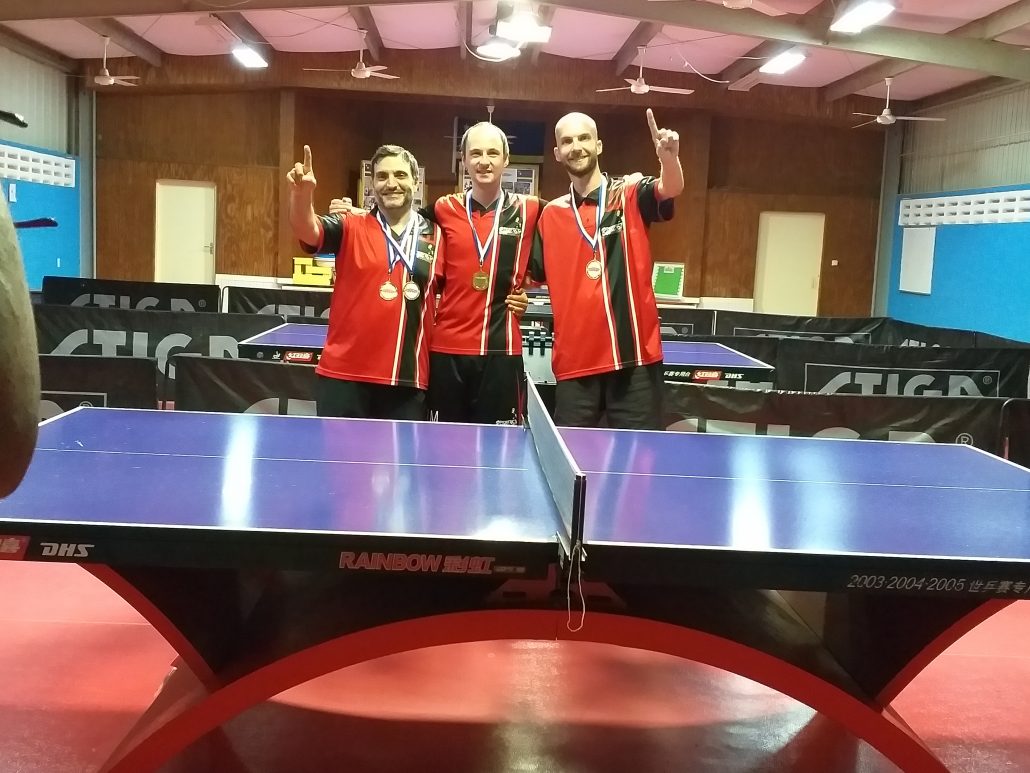 This year the team competion was played over several months, starting from mid-August to end up with its finals in this week 6 and 8 of November 2018.

The best 4 of each category went further into the semi-finals, which were in the A-class: Hairburst, DONIC, Freshman 1 and Freshman 2.

By the Master the following teams: Barberia Cinto, Watch Out, Back Spin and DONIC.

The results in the semi-finals:

Last Tuesday November 6th, Hairburst won the title in the A-class by defeating Freshman2 with the score of 3-0. The big big and crucial match was Devon Meilink against the Curacao Champion Dimitri Leon, which match Devon won by the score of 3-2.

Raymond the best among the oldies