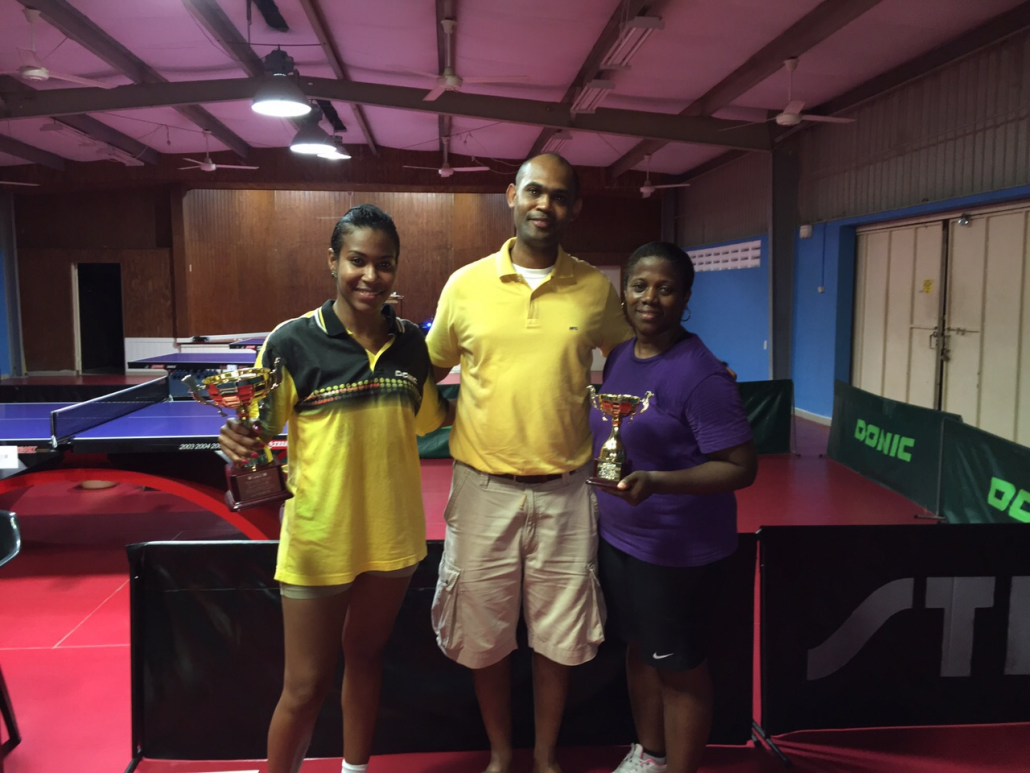 After an absentness of a couple of years, due to her study in Holland, Dayanara Jean Pierre was back in the Sala Irene Moreno to participate  in the FTMK cup for  female players.

She competed last on Wednesday June 17th with 5 other ladies among them Cyrella Rosalia, who won the last 2 Female Tournaments this year.

It was quite obvious that Dayanara and Cyrella will be the 2 players who will dispute the championship. After played the others in a round robin system, they met each other in the last match, which was the final match as well. Dayanara showing that she is still maintaining her good table tennis techniques and won easily the final match 3-0.

Henny Metry won the FTMK cup and has strengthen his position as the number 1...