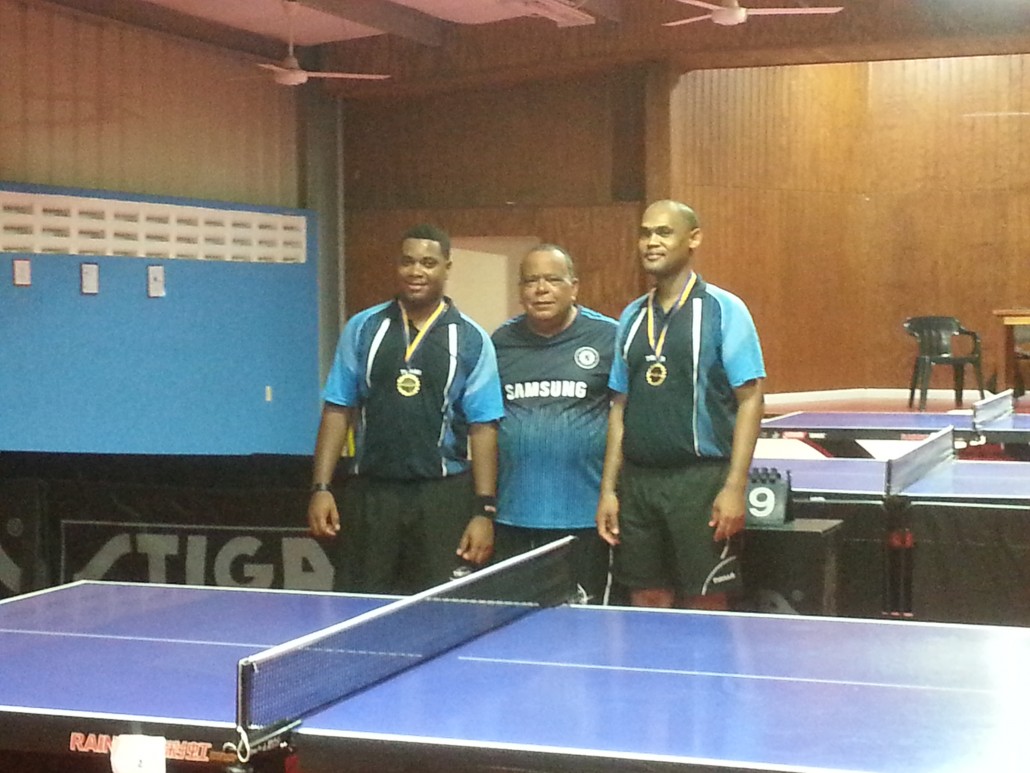 Last Thursday June 25th, the double open tournament has taken place as one of the last event of this month. As doubles have never been that popular as the single matches, you may say that the interest for this tournament was a kind of high. 11 couples did participate, among of them 2 mix-doubles who have matched up the men-doubles relatively well.

Among the competitors there was a Dutch couple Corné Klopper / Devon Meilink, who made the semi final playing on a very good level. Also good to mention, is the remarkable presentation of the mix-double Eldred van de Hout / Dayanara Jean Pierre against this Dutch couple in the quarter final. The match became a 5 set battle.

The results in the semi final:

Dayanara back on stage

Pel excels once more on international level
Scroll to top