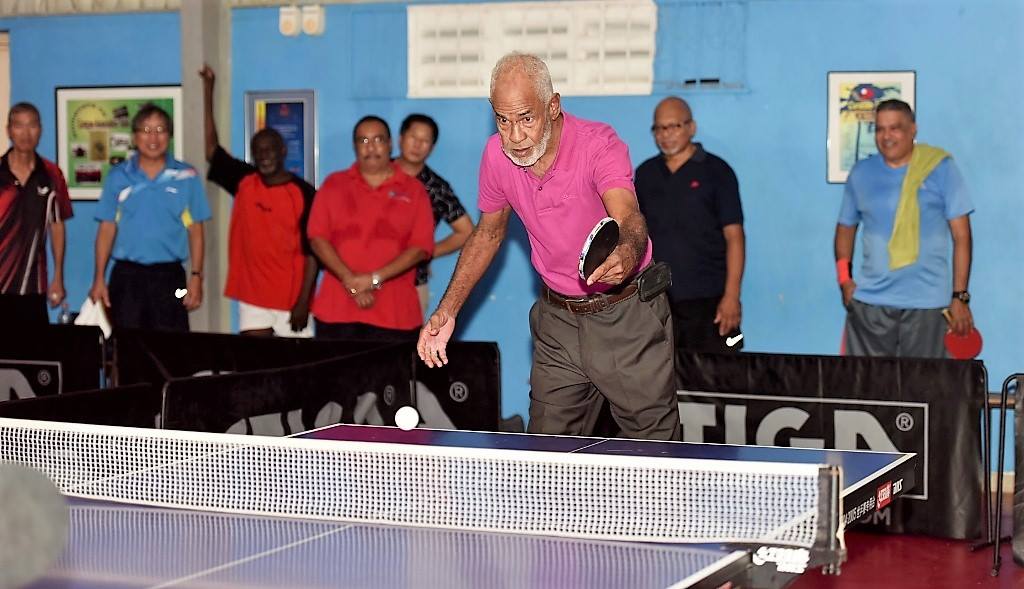 Thursday, on Valentine’s Day February 14th, the Curaçao Table Tennis Federation with the STENS 73 players Franklin Mathilda and Raymond Begina commemorated the fact that 45 years ago STIGA changed her name for STENS 73 after they had participated in the World Championship in Yugoslavia. Together with Robert Hose they went as the first Netherlands Antilles team to a world championship. After they came back they went to Peru to a Latin American Championship and STENS ’73 was the only team, who won of Universidad de Lima 5-4. Universidad de Lima became afterwards the champion of that championship.

That same night was also Robert Hose’s 70 year birthday. His former teammates, some players from the 70’s from Aruba as Alfred and Win Chow Leong, Franklin Lopez and James Letren came over and celebrated together with Robert and some local players of those days like Luti and Eric Isenia, Maggy Sprock and Magda Hansen. It was an emotional happening for Robert, when he was taken in the spotlight receiving gifts and memories.

Robert Hose will be remembered as one of the greatest table tennis player ever of Curaçao and former Netherlands Antilles. A classical table tennis confrontation in those days was against Mario Croes from Aruba, a player against who Robert had to battle several times for the title of the Netherlands Antilles. He has become 10 times national champion: from 1966 up to 1972, in 1978, 1982 and 1983.