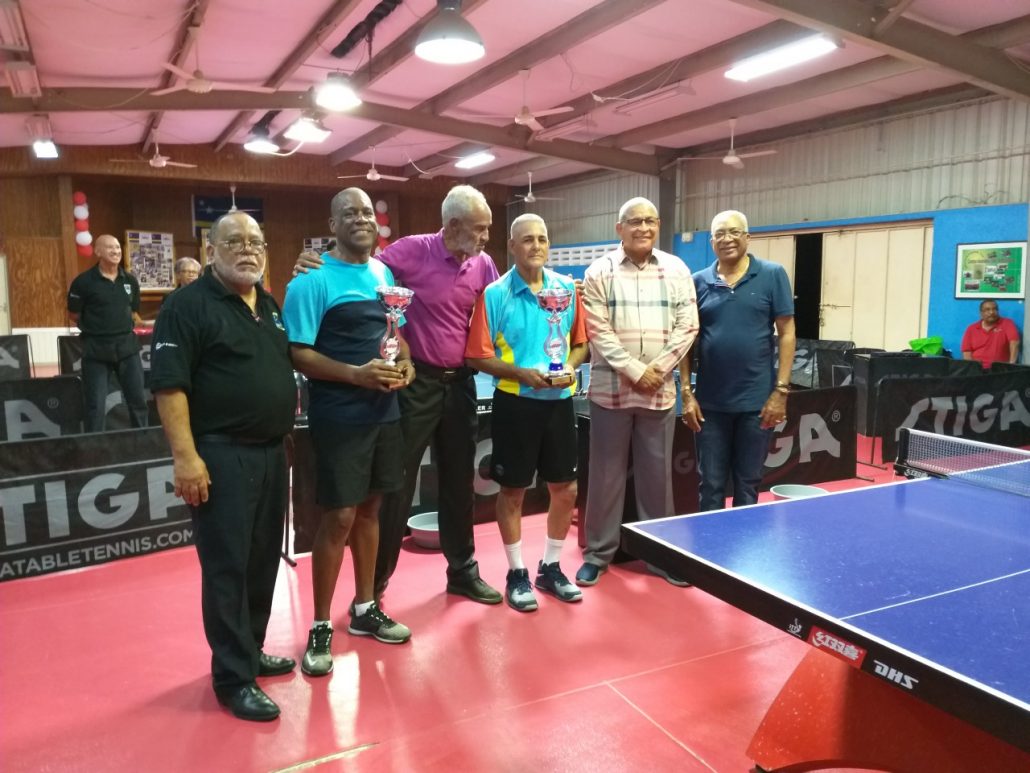 Following the commemoration of STENS ’73 and celebration of Robert Hose 70 year birth day that same night Thursday February 14th, the Master 50+ STENS ’73 tournament took place with participation of 24 players, including the brothers Alfred and Win Chow Leong, Franklin Lopez and James Letren, all from Aruba and Freddy Beukenboom from Bonaire. The players were classified in 8 groups of 3 players each. The first one of each group will pass for the quarter finals. Hereby the quarter finals results:

The next day using the longer stay of the Arubians on the island a friendly team completion was kept. Aruba and Curaçao formed 2 teams each: Aruba I and Aruba II, Hairburst and Rapidtronic respectively. Admittedly Curaçao players were senior players in the ages of 27 to 35, while the Arubians players were the same ones who had participated in 50+ Master tournament the day before. They are in category of 60+. So the difference was obvious and the Curacao teams won very easy against the teams from Aruba.