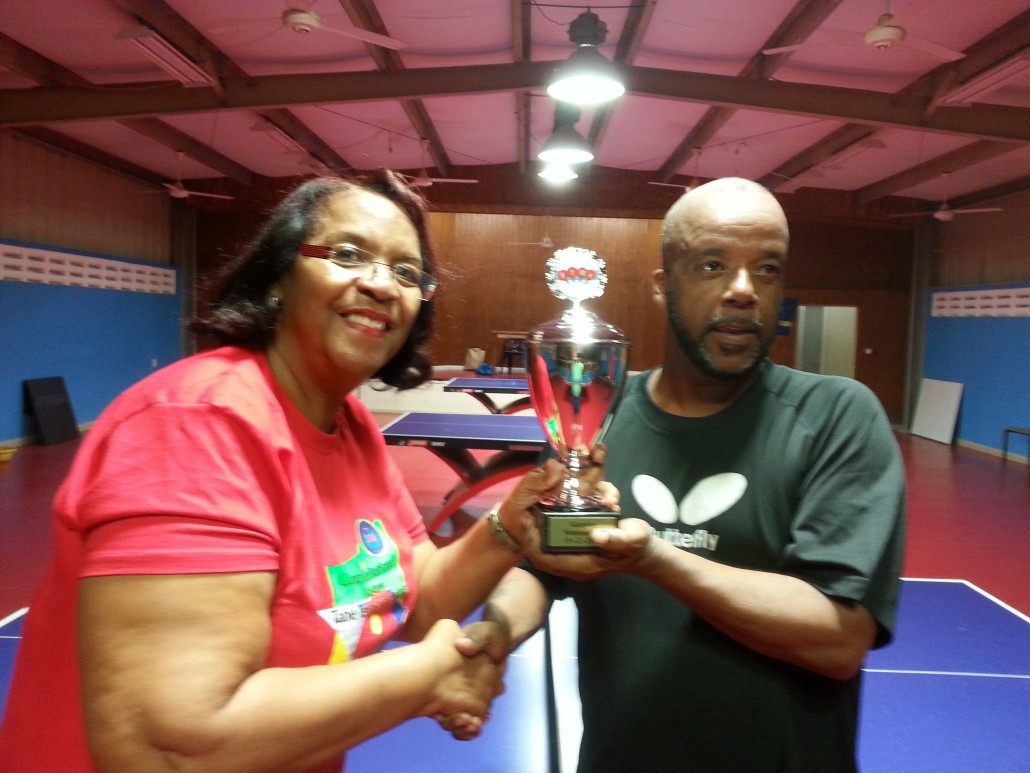 With a participation of 20 veteran players (older than 40) the Federation of Table Tennis Curacao had his 2nd event of 2015. Like the case the last years the Veteran Tournaments are well visited and excited. Players like Erwin Sophia over the 70 are still giving their opponents a lot of hard times.

After playing the group system we got the last 8 players for the Q-final using the elimination rule.

In the semi final we had the following results:

Then Mrs. Ingrid van der Hilst got the honor of handing over the trophies to the champion and the sub champ.

Sigmar Carmelia won the Parts for You trophy in big fashion.
Scroll to top