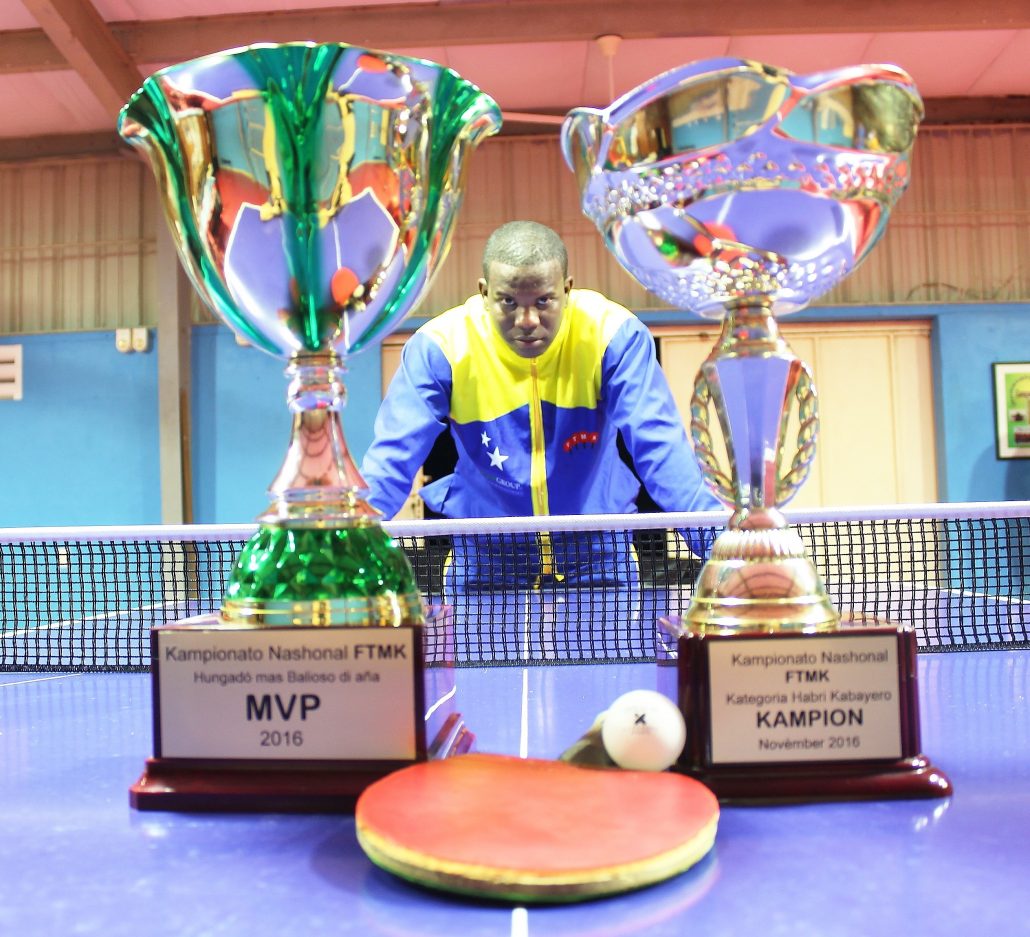 As the number one on the ranking system of the federation at the end of the year is proclaimed as the MVP an extra match was needed, as there were two players tied at this spot. Both Michael Dalnoot as Devon Michael ended after the National Championship with the same amount of points on the ranking: 105

On Friday November 25th in the Sala Irene Moreno a rematch of the final of a week before should decide this time, who is going with the Award of the MVP 2016. Michael is undoubtedly the best players of our table tennis at this moment and won again of Devon in easy fashion 3-1.

60 year history of FTMK launched in written
Scroll to top