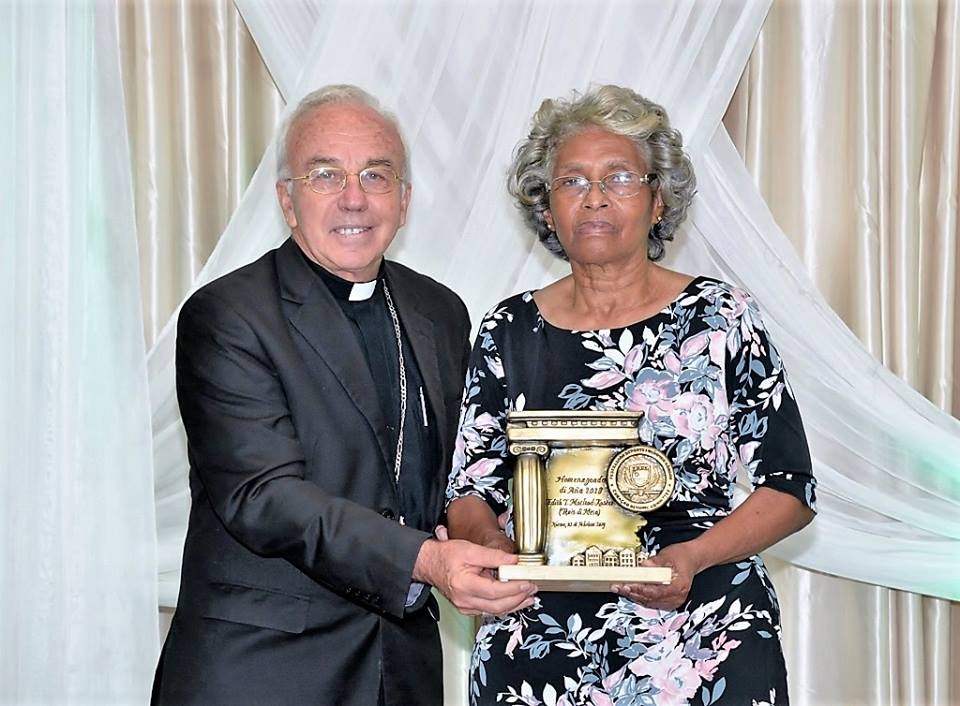 Last Saturday, February 23rd, the Curacao Sport and Olympic Federation (FDOK) had its annual event, in which they praise the athletes to highlight their achievements during 2018. Also some persons, who have been valuable over the years for their associations were appointed. For example, the Curacao Table Tennis Association has nominated Mrs. Edith Mac Leod as her valuable member for the year 2018.

Mrs. Edit Mac Leod Koster was born on March 26th, 1946 and has been actively engaged in table tennis for more than 50 years.

At the age of 20 Edith became champion of Curacao for the first time. This will be repeated 7 times. She has also been a trainer since 1968 and lastly she was board member of 2004-2012. She was appointed in 2012 as honorary member of the Curacao Table Tennis Association for the immense good work that she has provided for this sport branch.

Tremendous return of Ralph Winedt in the table tennis arena