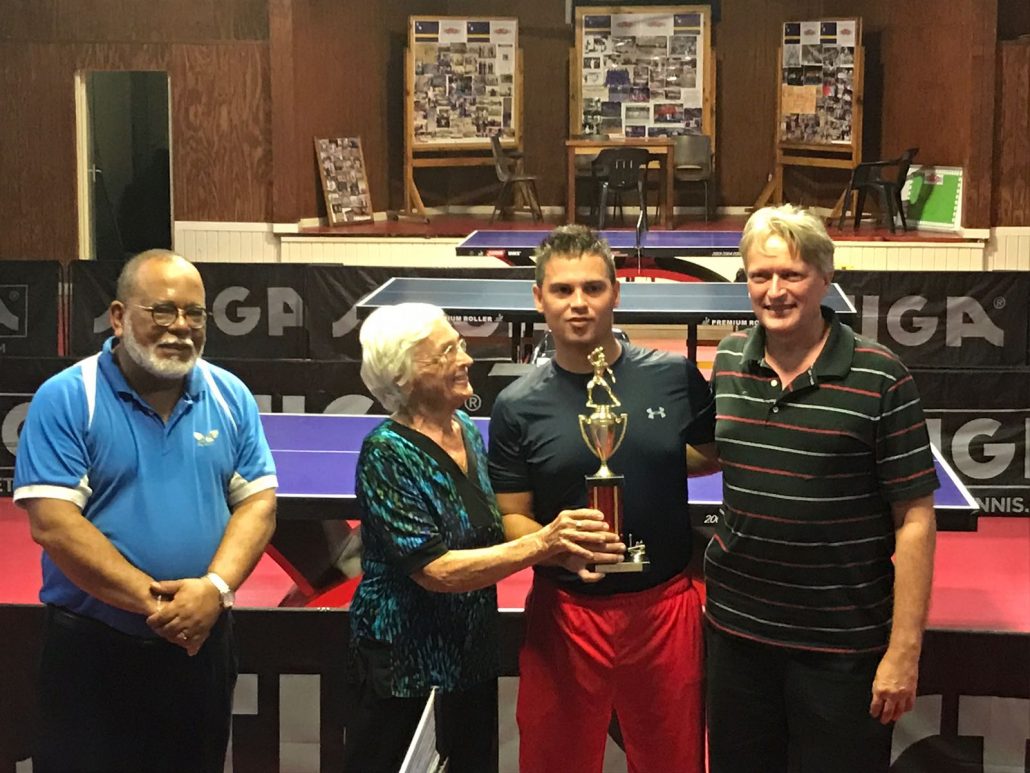 Harry Walters was the 3rd president of our Federation during her more than 60 year existance. He was president during the period 1961-1971. A very difficult period for Curacao but social as economical wise, with among other things the closure of the Shell refinary, paired with a great immigration to Holland. To give the table tennis a boost Harry Walter with his board did organize in 1966 the first international championship on the Island, namely   “II Capeonato Norte Central America y del Caribe (Norceca)”. This took place on Dam Negropont with a participation of 7 countries.

To maintain the name of this great person every year a tournament is dedicated to him.

This year on the Tuesday May 22nd, 21 players were registered to start first an elimination round, whereby 5 matches had to be played in order to get back at 16 players. Then a goup of 4×4 were put together.

After playing the preliminary matches in the 4 groups the first 2 of each groups passed over for the quarter finals and then the 4 winners in the semi finals. Once this behind us we got finally the final between Dimitri Leon and Michael Dalnoot. The former champion of this championship in 2017 Devon Meilink was eliminated in very tight math by Dimitri Leon. In the final it was Dimitri Leon, who pulled at the edge by winning of Michael 3-2.

Ulrich Hernandez has his IU Badge
Scroll to top