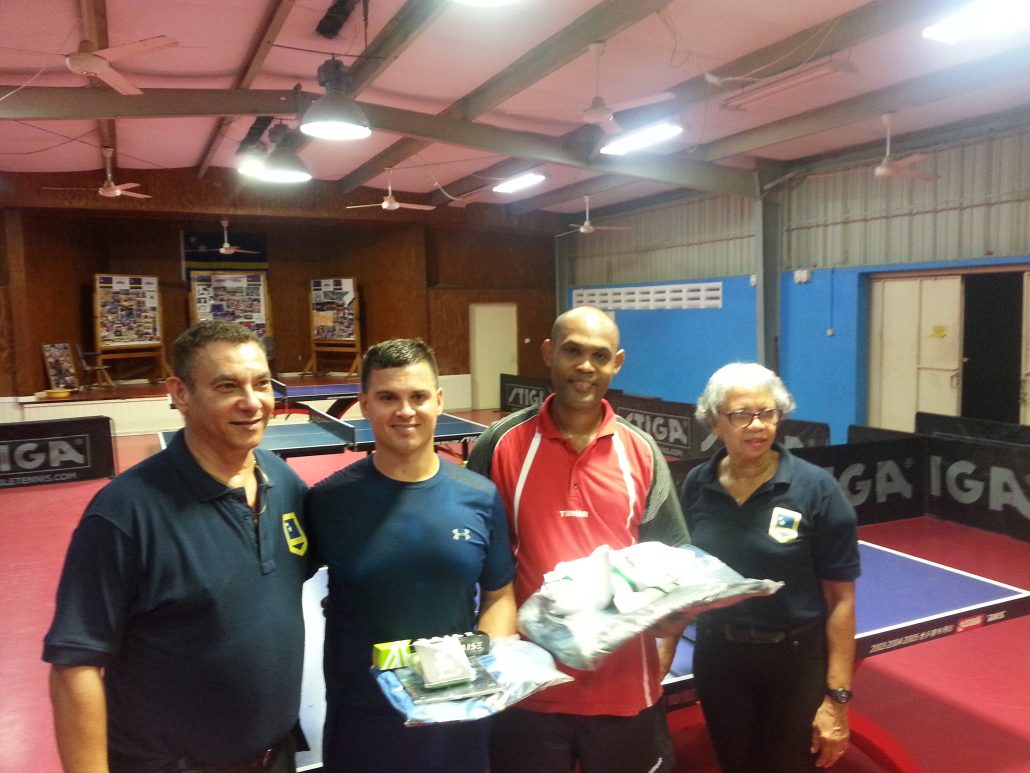 Last on June 19th FTMK had closed the first part of 2019 with his FTMK Cup for men single. Dimitri Leon won his 4th  tournament of 2019 by defeating Sigmar Carmelia 3-0 and he is thus in full command of the ranking. He is leading this ladder system with 108 points, which is 30 points ahead of his close follower Sigmar Carmelia.

FTMK enters a rest period until the 3rd week of August. By then the team competition will start in both the category A-Class as in the Masters.

Ulrich Hernandez has his IU Badge

Raymond the best among the oldies
Scroll to top