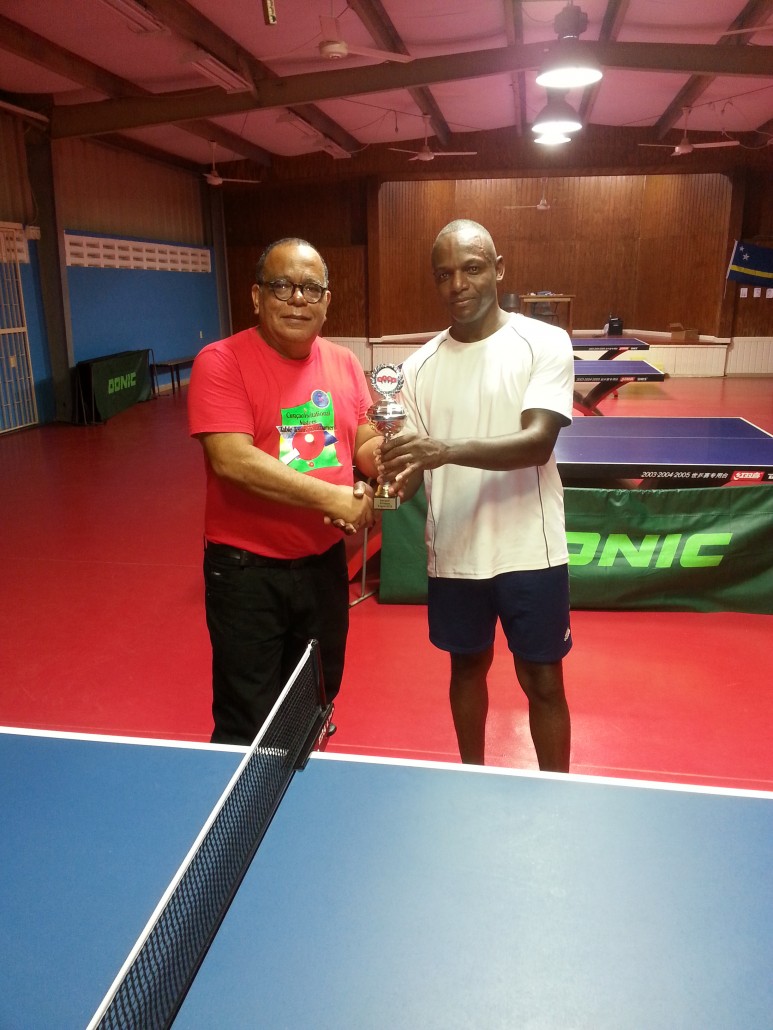 Curacao Table Tennis Federation has continued with her program 2015 with the B-class event April 8th. A tournament, which was especially meant for those, who practice this nice sport as diversion. They almost have no chance competing with the “big ones””, so this was their opportunity.

Then show up was reasonable and 12 players did participate, including 5 men, 2 women and 3 youngsters.

After competing on a relative good level, whereby especially the youngsters gave good resistance. In the semi final Sharlon Nisia defeated the youngster Christian-Lee Marten 3-0, while in the other semi final Carolus Walters surprisingly defeated Riordan Ilario 3-1. In the final match Sharlon Nisia came from one-game behind and obtained the champion title by winning the match 3-1

Ingrid’s participation at a referee seminar in Argentina