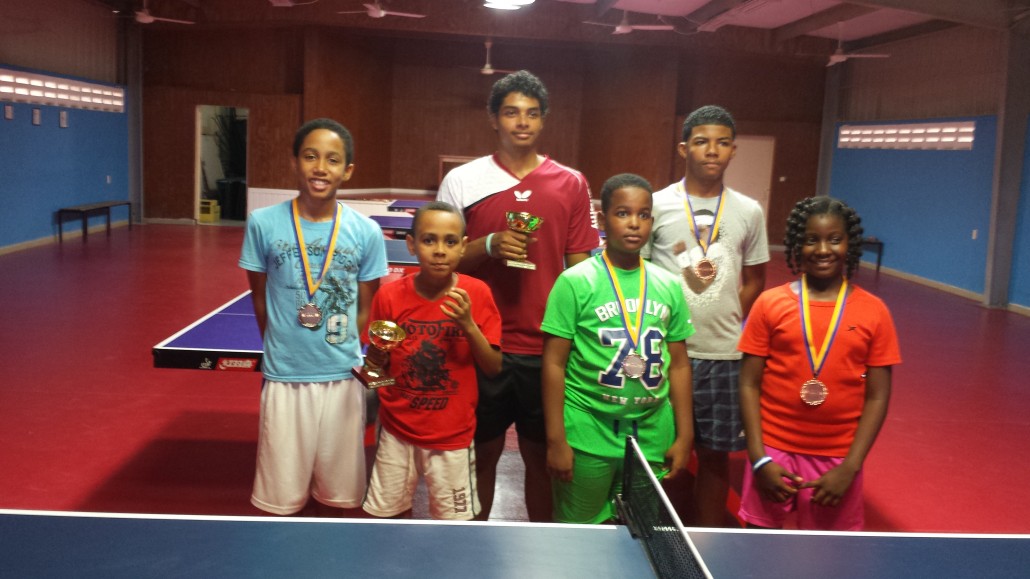 Past June 28th, we had our second youth event of 2015 whereby a total of 13 players participated.

They were classified in 2 divisions:.

This division was split in 2 groups of 5 players

Yazir won his division undefeated while Riordan had to fight to pass through the next round, winning by set winning advantage of Christian- Lee and Joel. Then Riordan had no problem in the semi final winning of Ralph. In the other leg Nasir won his group undefeated, followed by a tight win of Christian-Lee. In the final match it was Riordan who won for the second straight time this year the tournament in this class. Riordan-Nasir 3-1

Franklin Mathilda honored with a tremendous tournament
Scroll to top