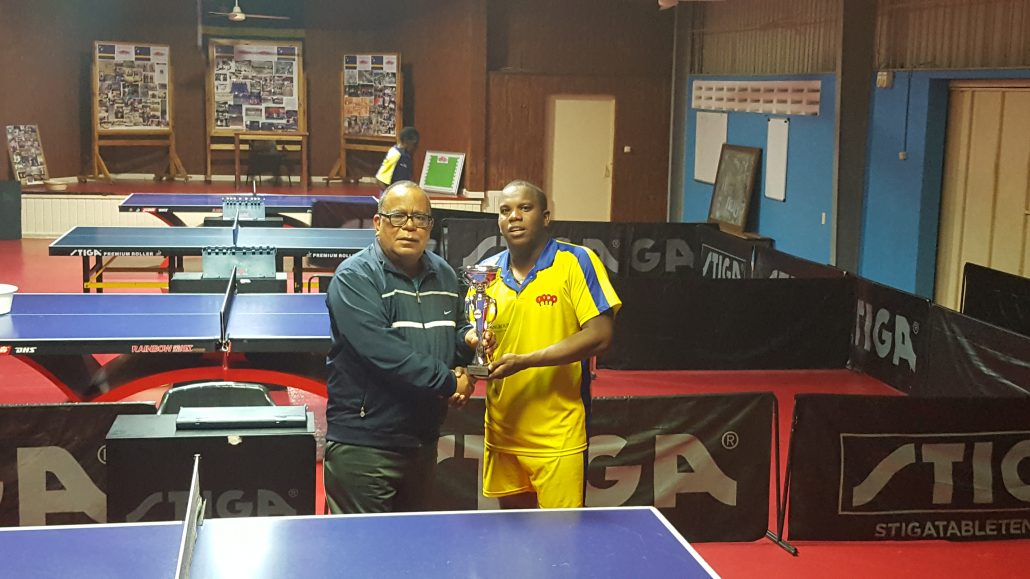 Tuesday June 20th the FTMK cup was the event scheduled and an amount of 16 players made their inscription to participate. It is the one before last event, which is valid for the ranking. This time the event was played in group system since the amount of inscriptions was not more than 16. This is a decision based on acceptance of a time frame of 3 ½ hours when starting at 8.00 pm. The next day is for almost everyone a working day so you cannot make it too late.

There were 4 groups of 4 players each grouped as they are positioned on the ranking. First 2 of each group proceed to the quarter final. During the preliminary rounds there were no surprises and all the high ranked players passed through. The last 4 were Michael Dalnoot, Sigmar Carmelia, Devon Meilink and Dimitri Leon. In this semi final Michael took care of Sigmar, while in the other leg it was Dimitri who won of Devon. At last in the final we the best 2 ranked players facing each other. In a very emotional final Michael Dalnoot strengthened his position by defeating the number ranked Dimitri 4-3. With this victory Michael has a very good chance to repeat as the MVP of our federation.