During the period of Dec 16th-21st Puerto hosted the 7th Pre-Cadeted Caribbean Tournament. Although Curaçao was not able to send his U11 and U13 table tennis players to this tournament because of school exams in this period, the president of our federation went there with the following aims. 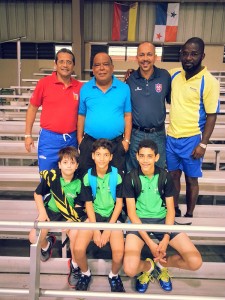 Player of the Year 2014
Scroll to top